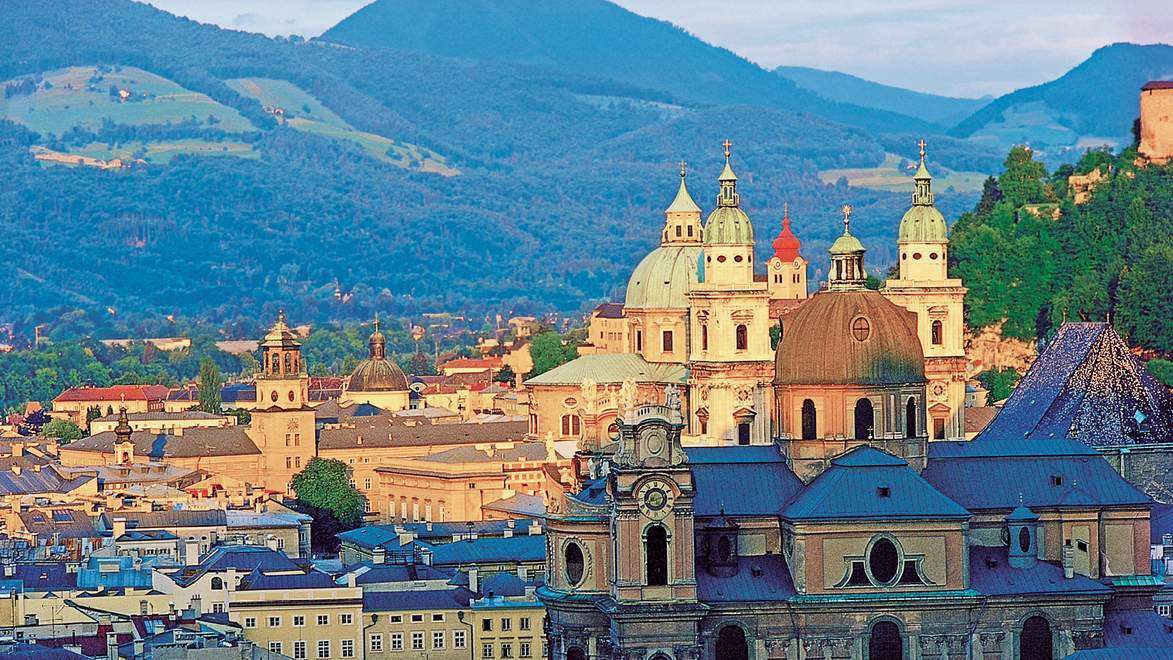 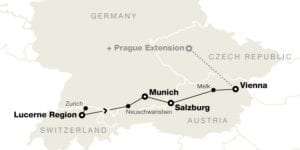 Join Jupiter Dive Center and spend a week seeing the best of one of Europe’s most fascinating regions. Set off from scenic Lucerne, Switzerland to explore Neuschwanstein and Munich, two of Germany’s can’t-miss destinations. Your adventure continues in Austria, where you’ll take in the sights and sounds of Salzburg before being entranced by Vienna’s beauty.

Great news, your interest in this trip allowed Jupiter Dive Center to secure a private tour.

Tour pace
On this guided tour, you’ll walk for about 2.5 hours daily across mostly flat terrain with some cobblestone streets, hills, and stairs.

September 7: Travel day
Board your overnight flight to Switzerland today.

September 8: Arrival in Lucerne
Included meals: Dinner
Welcome to Switzerland! After arriving in Zurich, transfer to the Lucerne region to meet your fellow travelers at tonight’s welcome dinner.

September 9: Sightseeing tour of Lucerne
Included meals: Breakfast
Get an up-close look at Switzerland’s idyllic Alpine city on the northern shores of Lake Lucerne during a guided tour. View the Lion Monument, a tribute to the Swiss Guards who sacrificed their lives in Paris during the French Revolution. Pass the hand-painted facades that line the cobbled streets of the Old Town. See the Jesuit Church, the first large Baroque building of its kind to be built north of the Alps in Switzerland. Cross the medieval Kapellbrücke, a covered wooden footbridge spanning the Reuss River, and view the Water Tower. Enjoy a free afternoon in the Lucerne region or add an excursion. 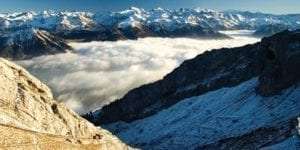 This scenic excursion begins with a cruise on Lake Lucerne. After docking, ascend 7,000-foot Mount Pilatus on the world’s steepest cogwheel railway. Legend holds that the mountain was named for Pontius Pilate, blown here by the devil after the Crucifixion. From the peak, the views of the Alps are stunning; on a clear day, you can see for 200 miles. Toward the end of your trip, you’ll return to the base of the mountain via gondola. Please note: The cruise and cogwheel railway only run from mid-May through October.

September 10: Travel to Munich via Neuschwanstein
Included meals: Breakfast, Dinner
Travel through the mountains of Bavaria en route to Munich, Germany. Along the way, stop for a guided tour of Neuschwanstein, the fairy-tale retreat of “Mad” King Ludwig II. Step inside Neuschwanstein Castle.  Take time to explore its stalactite grotto, artifacts, and murals

September 11: Sightseeing tour of Munich
Included meals: Breakfast
Get to know the Bavarian capital on a guided tour. Travel past the Englischer Garten and fashionable Schwabing district. Enter the Nymphenburg Palace, the Baroque home to past Bavarian royalty. Walk from Odeonsplatz through the Hofgarten to view the Residenz, once home to the Wittelsbach dukes of Bavaria. Explore Marienplatz, Munich’s medieval heart, and see the famed Glockenspiel. Spend a free afternoon in Munich or add an excursion 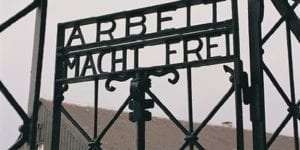 4 hours
Once a typical German town, Dachau served as the first Nazi concentration camp during World War II. Visit this somber site, which has since been transformed into a Holocaust memorial museum that serves as a testament to the strength of the human spirit. Listen to an audio guide while you view Dachau’s poignant exhibits and the memorials to the victims.

September 13: Sightseeing tour of Salzburg
Included meals: Breakfast
Say goodbye to Germany and head to Salzburg, Austria, a city famed for its churches and musical history. There, a local guide leads you on a walking tour of the Old Town.  View the University of Salzburg and the churchyard of St. Peter. See the Kapitelplatz, Residenzplatz, and Alter Markt, in the city’s Old Town.  Enter the 17th-century Salzburg Cathedral, built in the Baroque style. Pass through scenery from the beloved film The Sound of Music. Take the funicular to the hilltop Hohensalzburg Fortress, one of Europe’s largest medieval castles. Enjoy a free evening in Salzburg or add an excursion. 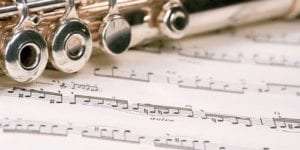 4.5 hours
Step inside the 1,200-year-old St. Peter Stiftskeller, located within St. Peter’s Abbey. Enjoy an evening of fine dining and music. Mozart composed over 600 works in his short life, and tonight, you’ll hear his masterpieces accompanied by opera singing as you sample local delicacies.

September 14: Travel to Vienna via Melk Abbey
Included meals: Breakfast
Stop in Melk for a guided tour of the town’s Baroque abbey, then continue your drive through the Austrian countryside to Vienna. Spend a free evening in Vienna or add an excursion.
Added Excursion Traditional Viennese Heurigen Evening $99 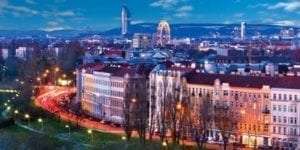 After a brief drive, your first stop is Vienna’s Prater Ferris Wheel. Take a breezy ride to the top, which offers a one-of-a-kind view of the city. Next, continue to the picturesque village of Grinzing. At a local restaurant, you’ll indulge in a festive night of music, food, and entertainment. Dinner will feature dishes typical of traditional Austrian Heurigens, or wine taverns. During your meal, you’ll have the chance to try some of the tavern’s own locally made wine—the perfect addition to your cozy, Old-World setting.

September 18: Sightseeing tour of Vienna
Included meals: Breakfast, Dinner
Get transported back to the Age of Empires on a guided tour of Vienna.  • Step inside Belvedere Palace, home to the world’s largest collection of paintings by artist Gustav Klimt, and admire the palace’s impressive gardens. Travel down the Ringstrasse, passing the Parliament building, Vienna State Opera, and Kunsthistorisches Museum. See the grand Hofburg Palace, the Hapsburg’s preferred winter residence. Say goodbye to your group at a farewell dinner this evening.