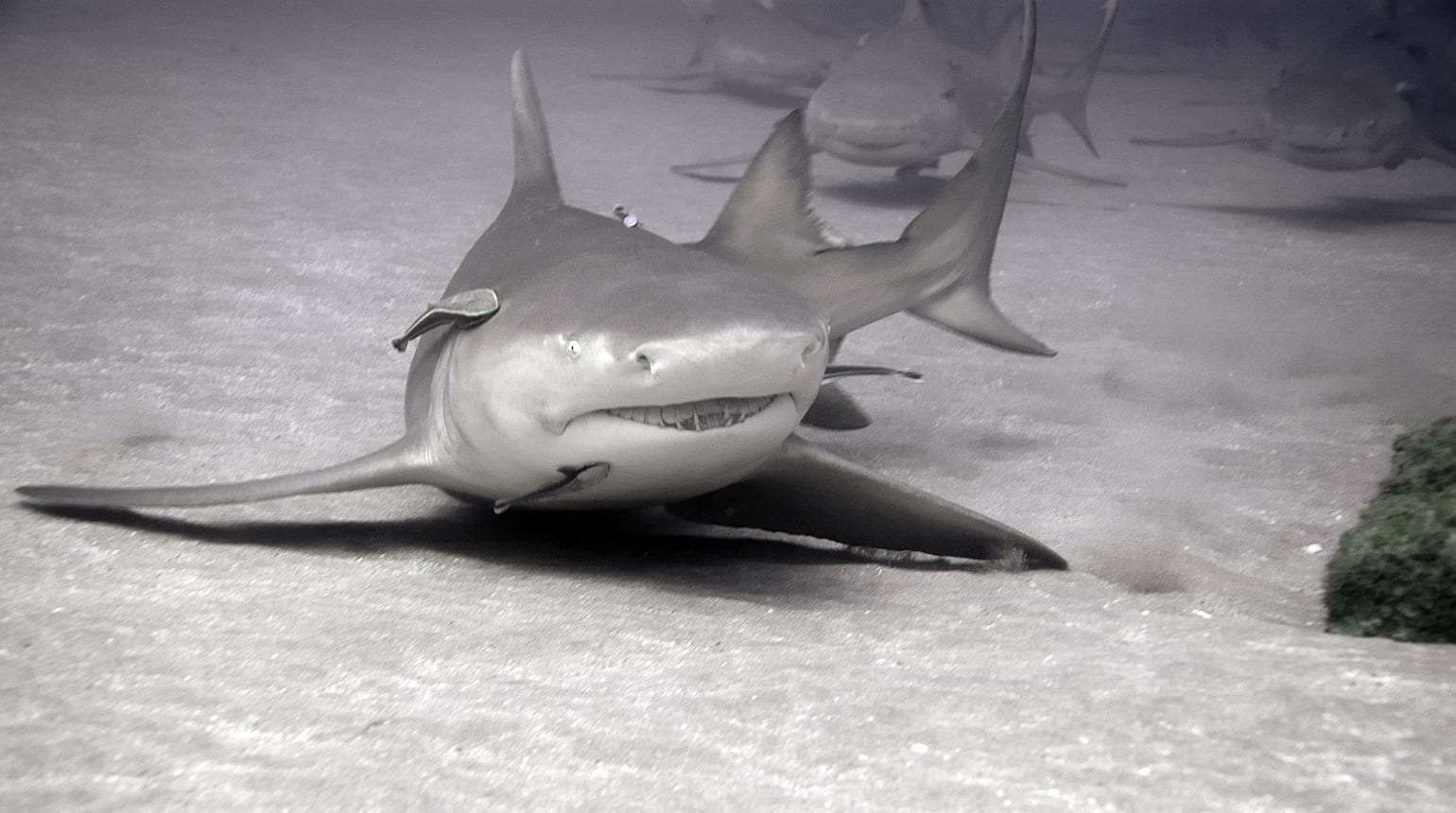 Grab your gear, it’s time to scuba dive with lemon sharks in Jupiter Florida! The lemons have arrived for the season, and Jupiter Dive Center will show you where.

Few underwater encounters spark the imagination as much as seeing a shark while diving.  This time of year, lemon sharks migrate from the waters of  North and South Carolina and congregate along our reefs in Jupiter. The sharks arrive in groups and favor a few specific locations (one aptly dubbed Lemon Drop). We do not bait or feed sharks. Instead, divers and underwater photographers get up close and personal with the sharks in their natural habitat.

Florida law protects lemon sharks. The International Union for Conservation of Nature (IUCN) lists lemon sharks as “Near Threatened” on their Red List which is used to establish guidelines for conservation efforts.

A Bit About Lemon Sharks

Not everyone wants to see a shark. We get that. But a fear of sharks is often based on a lack of understanding. Peter Benchley, the author of the 1974 blockbuster novel, Jaws, became a shark conservationist and stressed that the book was fiction. “Sharks don’t target human beings, and they certainly don’t hold grudges.”

If encountering a large marine animal makes you nervous, consider taking a Shark Specialty course. This one day course starts in the classroom, where a dive instructor discusses the myths and realities regarding sharks. Learn how to identify the different species that frequent our waters and how to evaluate their behavior. After the classroom portion and lunch, you’ll be able to complete two guided dives with your instructor. Finish the day with a brand new certification!

It’s easy with our online reservation system or call the shop at (561)745-7807. All Jupiter Dive Center charters are drift dives, so in addition to your certification card, divers will need to have a surface marker buoy and a timing device.

What are you waiting for? Now’s the time to scuba dive with lemon sharks in Jupiter, Florida!

0 Comments for “Scuba Dive with Lemon Sharks in Jupiter Florida”