The Return of Wreck Wednesdays at Jupiter Dive Center!

Summertime is officially here and that means it’s time to dive the Wreck Trek with Jupiter Dive Center!  Beginning July 10th, we’ll be resuming our Wreck Wednesdays. With plenty of large marine animals to see and wrecks to explore, it’s drift diving at its finest! 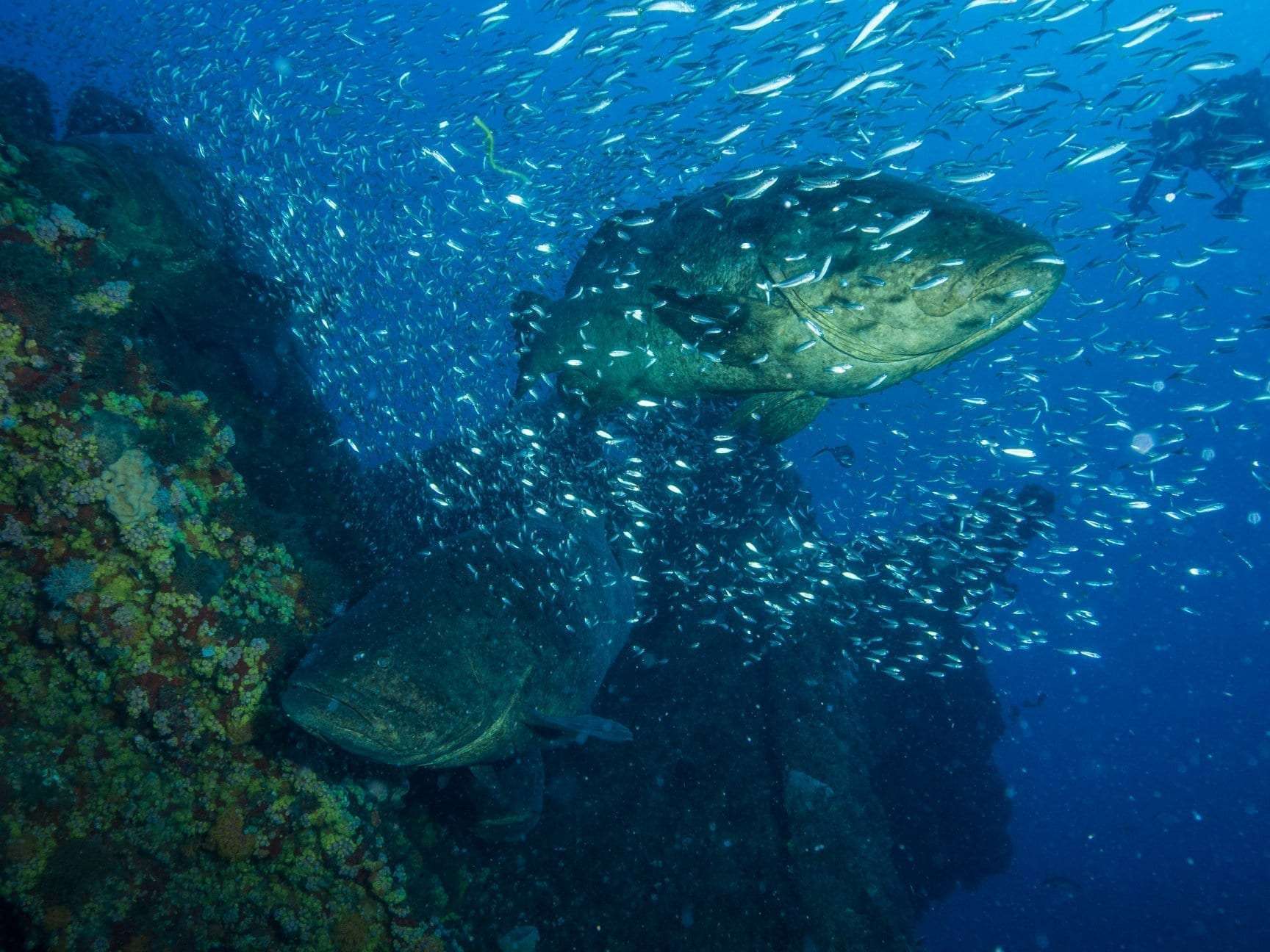 The Wreck Trek is a series of three wrecks that include the Zion Train, Miss Jenny, and the ESSO Bonaire. Goliath groupers love to hang out in the large nooks and crannies of the ships and the wrecks have become a popular aggregation site.

Jupiter Dive Center offers charters to the Wreck Trek every Wednesday mornings and by request. In August and September, we’ll add in a dive on the MG 1-11 to capitalize on viewing the goliaths. Remember to bring your camera, because diving with these gentle giants is a bucket-list experience!

A bit about the individual wrecks:

The Zion Train is 164-foot cargo ship that rests on its port side in 90 feet of water about a mile north of the Jupiter Inlet. Built in the Netherlands in 1962, it moved European cargo for years. Its history tells a bloody tale of docking in Miami where five of its nine Haitian crewmembers were shot and killed by pirates. Three months later, the ship ran aground off South Beach. The ship was seized by Federal authorities and sold to a salvage company. It was scuttled June 2nd, 2003. Today, hurricanes and currents have torn the ship open and resident groupers are often found inside the broken bow. East of the Zion Train, at 90 feet, is a pile of concrete beams, which draws its own share of large marine life.

The Miss Jenny’s history is far more demure. The Maritime Tug & Barge Company donated the 55-foot dredge barge for use as an artificial reef and it was sunk north of the Zion Train. It is currently upside-down and is home to goliath, gag, and black groupers.

From there, set a 340-degree course to the ESSO Bonaire. Hailing from Tegucigaipa, Honduras. the 147-foot oil tanker was seized by U.S. Customs after agents discovered 55,000 pounds of marijuana on board. The Economic Council of Palm Beach County stepped forward and purchased the boat and it was purpose-sunk as an artificial reef on July 23, 1989. The largest of the three wrecks, she sits upright and her deck is about 75 feet below the surface in 90 feet of water. An easy wreck to explore, her holds are open and the cabin area at the stern may be safely penetrated as long as the diver does not go into the lower areas. Again, don’t be surprised to come face-to-face with a goliath grouper.

And now, a bit about goliath groupers:

If you haven’t yet seen one of these huge fish, they are a bit surprising. At maturity, they can reach 700 pounds and attain a length of eight feet. Imagine encountering a VW Bug underwater, and you get the idea. But don’t worry, goliaths are the gentle giants of the sea. Want to know more? Check out our Goliath Grouper Specialty Course!

So what are you waiting for? Grab your buddy and come dive with us. The water’s fine–and there are wrecks to explore! Call Jupiter Dive Center at 561-745-7807 or book your dive online, today.

Previous A 4th of July Night Dive & Fireworks Celebration! Next Lobster Sport Season: How to catch your dinner safely

0 Comments for “The Return of Wreck Wednesdays at Jupiter Dive Center!”